COM (Component Object Model) is a technology from Microsoft, which is designed to create software based on interacting components. This category includes articles about using COM technology or solving problems related to its use.

COM technology is widely used to link components of Windows operating systems. In particular, Shell subsystem uses COM to load suitable editors for a file with a particular extension. OLE (Object Linking and Embedding) is based on COM and allows you to implement the binding and integration of objects from other programs in compound documents (for example, Microsoft Word and Visio documents). OLE control elements were created based on COM technology (OLE Controls, or OCX controls); they represent reusable GUI interface elements (later renamed into ActiveX controls).

ATL / WTL library templates and / or MFC library classes are used for development of applications that use COM in C ++. ATL (Active Template Library) was and remains the most popular library for creating COM components. It contains templates that simplify the creation of the required interfaces for a component and primitive templates used in COM. 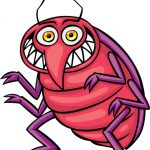